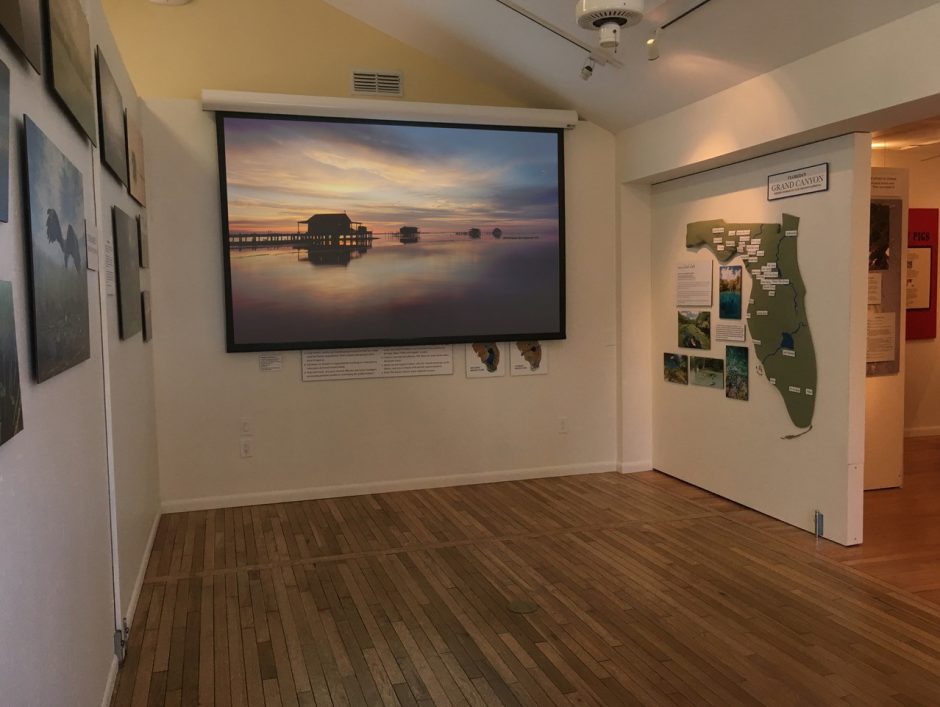 Useppa Island, FL – March 2019... Located amidst the serene waters of Pine Island Sound is Useppa Island, a beautiful tropical island only one mile long and a third of a mile at its widest part. First visited by the Paleo people, Useppa was used as a fishing ranchero by Cuban fishermen for several decades. Today, Useppa is a private island accessible only by water or sea plane. It serves as the home to over a hundred families and the Barbara Sumwalt Museum. Recently, museum officials elected to upgrade their projection capabilities. After careful consideration, the decision was made to implement projection technology from Eiki International, Inc. — specifically, the company’s EK-510U 7,000 ANSI Lumens WUXGA 3LCD projector.

Creative Sound and Lighting Solutions of Cape Coral, Florida, an AVL design/build firm serving houses of worship, school systems, entertainment parks, and a variety of performance halls, was contracted to design and install the new projector setup for the museum. Rob Robinson, co-owner of the company, is actively involved in all aspects of its operation, including system design and implementation. After consulting with museum management, Robinson elected to install the Eiki EK-510U 7,000 ANSI Lumens WUXGA 3LCD projector. He discussed the project and his reasons for selecting Eiki.

“The new projector that we deployed in the Paul and Warren Miller room at the Barbara Sumwalt Museum is an important tool in the museum’s education program because this particular area doubles both as a museum space and as a classroom” Robinson explained. “While there may be some movies down the road, the primary focus for the projector is to help teach the history of the island, and also shine a light on our world’s ecological challenges, such as improving our environment.”

According to Robinson, the Eiki EK-510U projector is configured for front projection—from roughly thirteen feet—onto a Vutec Lectric 1 motorized screen measuring 90 x 60 inches. The projector is discreetly mounted by placing the unit on a custom built wooden shelf that perfectly matches the room’s aesthetics. All signals that feed the projector are transmitted from the source via HDMI.

When asked about any challenges the setup presented, Robinson was quick to reference the EK-510U’s corner correction capabilities. “With this particular setup, we didn’t have the ability to shoot the image straight onto with the screen,” he said. “Being that we were roughly 30 or more degrees off axis, we used the projector’s onboard corner correction tools to ensure content was not distorted. This feature enabled us to grab each individual corner of the projected image and adjust it until the image was balanced from left to right and top to bottom. The Eiki EK-510U makes this sort of correction requirement quick and easy.”

On many installation projects, questions arise and answers are needed expediently so as not to delay the project. In this regard, Robinson rates Eiki best in class. “On this project, the Eiki EK-510U’s operation was very intuitive, so I honestly didn’t require support,” he said. “Not every project goes according to plan, however. With that said, my experience with Eiki support has always been positive. The company is very responsive to its customers.”

The new projector at the Barbara Sumwalt Museum was installed on January 4th, 2019 and was first placed into service on January 18th. Since that time, Robinson reports the new system has been extremely well received, “Speaking with Rona Stage, the executive director of the Useppa Historical Society, she told me everyone was very pleased with the new projector—so much so, in fact, that they now want to add a new audio system to better keep up with the new video system. When one project leads to another, it really doesn’t get any better than that!”

To learn more about the Barbara Sumwalt Museum, visit their website at www.useppahs.org. For information about the services of Creative Sound and Lighting Solutions, go to www.creativesoundsolution.com.