You are here: Home | News | Passing of William Blair 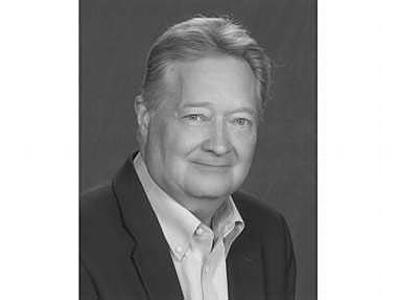 Rancho Santa Margarita, CA – April 2018… Eiki International, Inc. a world leader for over 40 years in projection technology, solemnly announces the passing of William Blair on March 21st, 2018. Blair started with Eiki in 1996 as Operations Manager and, over time, was promoted to VP of Sales, followed by VP and General Manager and, lastly, President and CEO. With 21-plus years of service to the company, he will be missed.

Born December 24th, 1947 in Toronto, Canada, Blair had a long and storied career in the industry. He started his career at Pioneer Electronics, Inc., where he held several management positions in the service and technical support group, including managing the company’s remanufacturing operations. From there, he was recruited by the Industrial Products Group and became the Western Region Sales Manager for Pioneer Video Inc., a wholly owned subsidiary of Pioneer Electronics.

Steve Rubery, Eiki’s General Manager, offered some parting thoughts on his colleague and friend, “Bill was a tremendous asset to Eiki. His vision for the company—combined with an enthusiasm that was contagious—will not be forgotten. Bill was known for his honesty and caring attitude toward the entire Eiki family of staff, sales representatives, and dealers. We are all sorry to hear of his passing.”